Why Does The World Exist ?

Amongst the first existential ponderings of small children is the question of what is beyond the furthest star we can see in the sky… and then what’s beyond that. As adults we know not to ask . But the question still remains.

Where did our universe come from? Doesn’t its sheer existence point to an ultimate creative force at play?
This question, when posed by a religious believer to an atheist, generally elicits one of two responses. First, the atheist might say, if you do postulate such a “creative force,” you’d better be prepared to postulate another one to explain its existence, and then another one behind that, and so forth. In other words, you end up in an infinite regress. The second atheist response is to say that even if there were an ultimate creative force, there is no reason to think of it as God-like.

Why should the First Cause be an infinitely wise and good being, let alone one that is minutely concerned with our inner thoughts and sex lives? Why should it even have a mind?

The idea that our cosmos was somehow “made” by an intelligent being might seem to be a primitive one, if not downright nutty. But before dismissing it entirely, I thought it would be interesting to consult Andrei Linde, who has done more than any other scientist to explain how our cosmos got going. Linde is a Russian physicist who immigrated to the United States in 1990 and who now teaches at Stanford University. While still a young man in Moscow, he came up with a novel theory of the Big Bang that answered three vexing questions: What banged? Why did it bang? And what was going on before it banged? Linde’s theory, called “chaotic inflation,” explained the overall shape of space and the formation of galaxies. It also predicted the exact pattern of background radiation left over from the Big Bang that the COBE satellite observed in the 1990s.

Among the curious implications of Linde’s theory, one of the most striking is that it doesn’t take all that much to create a universe.

Resources on a cosmic scale are not required, nor are supernatural powers. It might even be possible for someone in a civilization not much more advanced than ours to cook up a new universe in a laboratory. Which leads to an arresting thought: Could that be how our universe came into being?

Linde is a handsome, heavy-set man with a full head of silver hair. Among his colleagues he is legendary for his ability to perform acrobatics and baffling sleights of hand, even while a little squiffy.

“When I invented the theory of chaotic inflation, I found that the only thing you needed to get a universe like ours started is a hundred-thousandth of a gram of matter,” Linde told me in his Russian-accented English. “That’s enough to create a small chunk of vacuum that blows up into the billions and billions of galaxies we see around us. It looks like cheating, but that’s how the inflation theory works—all the matter in the universe gets created from the negative energy of the gravitational field. So what’s to stop us from creating a universe in a lab? We would be like gods!”

Linde, it should be said, is known for his puckishly gloomy manner, and the preceding words were laced with irony. But he assured me that this cosmogenesis-on-a-lab-bench scenario was feasible, at least in principle.

“There are some gaps in my proof,” he conceded. “But what I have shown—and Alan Guth [a codeveloper of inflation theory] and others who have looked at this matter have come to the same conclusion—is that we can’t rule out the possibility that our own universe was created by someone in another universe who just felt like doing it.”

It struck me that there was a hitch in this scheme. If you started a Big Bang in a lab, wouldn’t the baby universe you created expand into your own world, killing people and crushing buildings and so forth?

Linde assured me that there was no such danger. “The new universe would expand into itself,” he said. “Its space would be so curved that it would look as tiny as an elementary particle to its creator. In fact, it might end up disappearing from his own world altogether.”

But why bother making a universe if it’s going to slip away from you, the way Eurydice slipped from the grasp of Orpheus? Wouldn’t you want to have some quasi-divine power over how your creation unfolded, some way of monitoring it and making sure the creatures that evolved therein turned out well? Linde’s creator seemed very much like the deist concept of God favored by Voltaire and America’s founding fathers—a being who set our universe in motion but then took no further interest in it or its creatures.

“You’ve got a point,” Linde said, emitting a slight snuffle of amusement. “At first I imagined that the creator might be able to send information into the new universe—to teach its creatures how to behave, to help them discover what the laws of nature are, and so forth. Then I started thinking. The inflation theory says that a baby universe blows up like a balloon in the tiniest fraction of a second. Suppose the creator tried to write something on the surface of the balloon, like “PLEASE REMEMBER THAT I MADE YOU.” The inflationary expansion would make this message exponentially huge. The creatures in the new universe, living in a tiny corner of one letter, would never be able to read the whole message.”

But then Linde thought of another channel of communication between creator and creation—the only one possible, as far as he could tell. The creator, by manipulating the cosmic seed in the right way, would have the power to ordain certain physical parameters of the universe he ushers into being. He could determine, for example, what the numerical ratio of the electron’s mass to the proton’s will be. Such numbers, called the constants of nature, look utterly arbitrary to us: there is no apparent reason why they should take the value they do rather than some other value. (Why, for instance, is the strength of gravity in our universe determined by a number with the digits “6673”?) But the creator, by fixing certain values for these constants, could write a subtle message into the very structure of the universe. And, as Linde pointed out with evident relish, such a message would be legible only to physicists.

“You might take this as a joke,” he said. “But perhaps it is not entirely absurd. It may furnish the explanation for why the world we live in is so weird, so far from perfect. On the evidence, our universe wasn’t created by a divine being. It was created by a physicist hacker!”
From a philosophical perspective, Linde’s little story underscores the danger of assuming that the creative force behind our universe, if there is one, must correspond to the traditional image of God: omnipotent, omniscient, infinitely benevolent, and so on. Even if the cause of our universe is an intelligent being, it could well be a painfully incompetent and fallible one, the kind that might flub the cosmogenic task by producing a thoroughly mediocre creation. Of course, orthodox believers can always respond to a scenario like Linde’s by saying, “Okay, but who created the physicist hacker?” Let’s hope it’s not hackers all the way up.

Far from… the Tree

The Guardian of All Things 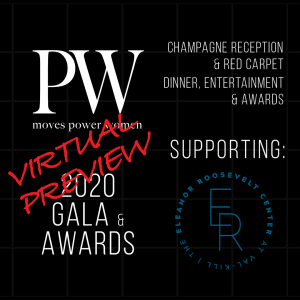 No any image found. Please check it again or try with another instagram account.
Last summer Katy went to Jones Beach. Want to find out what she's going to do this summer? Subscribe to Moves Flash… https://t.co/b6Gysf4nxY

Reply Retweet Favorite
#TBT to 2015 when we honored Spice Girl star Mel B as a Power Woman! Check out her acceptance speech with the video… https://t.co/btz8Srhkk6

Reply Retweet Favorite
I’m no sociology expert, but the popularity of self-help dating books and columns in women’s magazines is fascinati… https://t.co/M8ZMxvdTqf

Reply Retweet Favorite
In 2018 we were ecstatic to have @SRuhle attend our Moves Forum! Follow her example and sign up for Moves Forum 202… https://t.co/96c9reV8JG